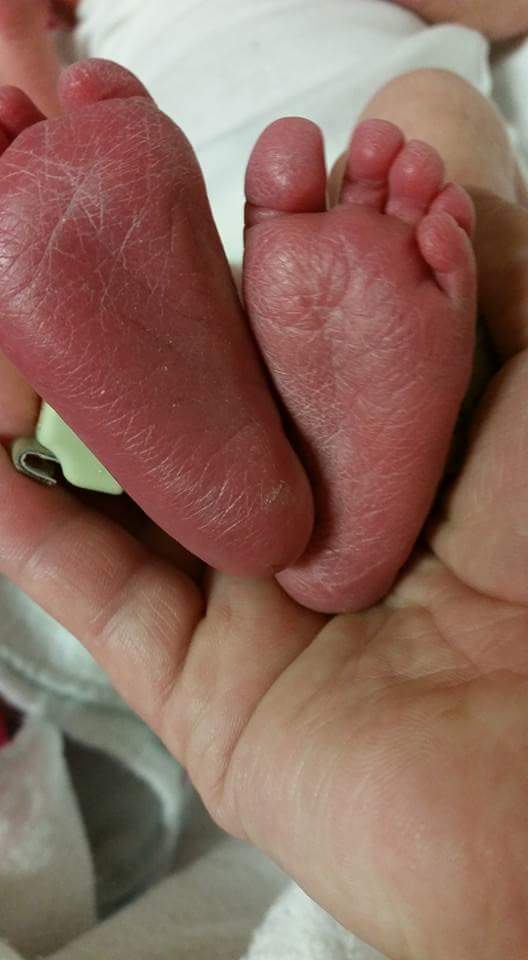 27 For this child I prayed; and the Lord hath given me my petition which I asked of him: 28 Therefore also I have lent him to the Lord; as long as he liveth he shall be lent to theLord. And he worshipped the Lord there.

This post is meant for someone I truly believe that. I went to post it earlier and it completely disappeared. So here we go again. The devil does not like it when we give God all the glory.

Being a mom is the most rewarding job there is in my opinion. I love the sounds of my kids laughing while they play together, I love the late night cuddles and I love the 3am bottle feedings. Being a mom is the best. I was blessed to have two children of my own and then God blessed us again through the adoption of our five Littles. I can’t imagine what it would be like not having them in my life.  But I have friends that long to be parents. For whatever reason being able to conceive a child was not in their cards, or so they thought. It is all in God’s timing. For those that stay faithful and do His will, He will find a way. God is so good.

When I was younger my family and I were members of a clogging team. We spent weekends traveling to different festivals in different towns preforming routines and along the way I met some wonderful people. One girl in particular became a life long friend. We spent our early years as friends writing letters to each other, back then we didn’t have texting, we called each other on the phone and even spent a few vacations together. As we got older she found her Mr Right and I traveled to Ohio to watch my friend walk down the aisle. She was a beautiful bride. Life happened and she and her husband went off to serve in the military and I married and started raising my family. We did not talk as much but our friendship was always there.

For 19 years, yes I said 19 years, she and her husband tried to have a baby. For the first few years they gave it the good old fashion try but were never successful in getting pregnant. She then tried anything and everything the doctors and fertility specialist suggested and still no baby. As an expensive last resort they agreed In Vitro Fertilization was their best chance to conceive a child.  Even that failed, twice, and they began thinking God did not plan on them being parents. They prayed for the desire to be parents to go away. If anything it only became stronger as they got older. They talked about adopting but that never seemed to fit. After 19 years they felt it was time to give up on the idea.

I received a call from her a few years ago. She had something she needed to tell me. A few months before that call she and her husband had been talking about things and they agreed to give In Vitro one more try. They could not bear the idea that the fertilized eggs would go unused and the “What if” questions in their minds were more than they could stand. So before she turned 40 they decided to give it one more try.  The phone call started off as usual. She asked about the kids and my parents and I asked how things were going up north. That’s when I got the news I never dreamed I would hear.  “We did it!!! We are 5 and a half months pregnant ” I’m  not sure who was crying more.  Over the next few months I got phone calls and texts with updates on the long awaited princess and in early January 2015 she arrived. All six beautifully tiny pounds of her. In February I took Sierra, my first born, up to see them. It was a reunion and introduction well worth the wait.   Baby girl is now everything they prayed for all those years. Truly a miracle truly a blessing.  God is so good to those who love him.

When Todd and I became foster parents,  I never imagined that our lives would be changed the way they have been. We have made some wonderful friends through this process that share the same love for these wonderful kids that we do. One of my most treasured friendships come out of a placement of two sweet little girls.

We had received a call for a sibling group of two young girls. We agreed to take them and they quickly became part of our ever changing family. We had plans for a vacation a couple months out and as luck would have it, correction as God would have it, we were unable to change our reservations to get a larger cabin that close to the date. We would have to place the girls in respite care while we were gone, something we had never done. Matter of fact this was the only time we ever used respite care, like I said it was a God thing. Our worker knew of a new couple straight out of training class and they agreed to keep the girls while we where gone. We set up a meeting so they could see the girls and so that the girls would not be scared while we were gone. And then the next week we dropped them off. I called a checked in with them while on vacation and they seemed to be doing fine. When it came time to pick them up I was met with an odd question.  Jon and Nadine had fallen in love with them and wanted to know if they could be their foster parents.  The girls were up for adoption and we had no plans on adopting any more  (those that know me personally stop laughing ) so I called the worker and explained the situation.  The worker was excited that they wanted to be the girls forever family and just like that they become a family. We took the girls things down to them, they were excited to see us but even more excited to get to stay.  Nadine and I became friends quickly. We talked every week about the girls, my kids, our faith and the foster care system. I knew we all had made the right decision for the girls. Foster care, however, is not always easy and after 10 months of being a family the girls were removed and placed back with their birth father and his fiancée.  Thankfully they still have contact with them and the girls are doing good.  They are getting so big and so beautiful. As heartbreaking as it was that was not God’s plan for them.

Shortly after that they got a call for a safe haven baby girl and just like that they became forever parents. I remember her calling me when she found out there had been a baby born and that they had been chosen to be her parents. They got to pick her up from the hospital, they got to name her and after all the legal stuff they finally got to adopt her. She is the sweetest two year old you will ever met, but Aunt Crissy is a little biased lol.

They recently moved out of state to be closer to Jon’s mother.  And even though they now had this beautiful little girl, they still felt it was God’s plan for them to have a child of their own. They have tried for close to 15 years. Fostering in the new state was an option and one that they looked into. They wanted a large family.  But God has His own plans. I would like to think that anyway.  I got a call a few months ago and she was extremely excited. She told me she had went to the doctor. She thought she had picked up baby girls cold, but in fact she was pregnant!!! She was far enough along that they felt it was safe to tell people. After nearly 15 years she was going to experience the joys of being pregnant. We shouted glory to God as tears ran down my face. He is still in the baby miracle making business.

This past weekend Sierra, she always gets dragged along on long car trips, and I drove 16 plus hours up and 16 plus hours back to take part in baby girls baby shower. My friend Nadine was positivity glowing.  She is due around Thanksgiving, how fitting for we are all thankful for her. She is already so loved and blessed more than she will ever know. I cannot wait to see her. God is so good.

The point of this blog is this, God still does miracles. I have seen them first hand. And if you long to be a parent never give up, have faith. Abraham’s wife Sarah was 90 when she became pregnant.  With today’s advances in technology more and more women are able to conceive, there is always hope. Never loss hope. Both of my friends tried for years and when God felt it was time it was time. We just need to be patient and wait our turn, God will bless us in due time. Rejoice in the everyday blessings both big and small for God is in control of them all.

From our beautiful chaos to yours never give up, always have faith, go to God in prayer over everything. He is listening and will answer when the time is right.