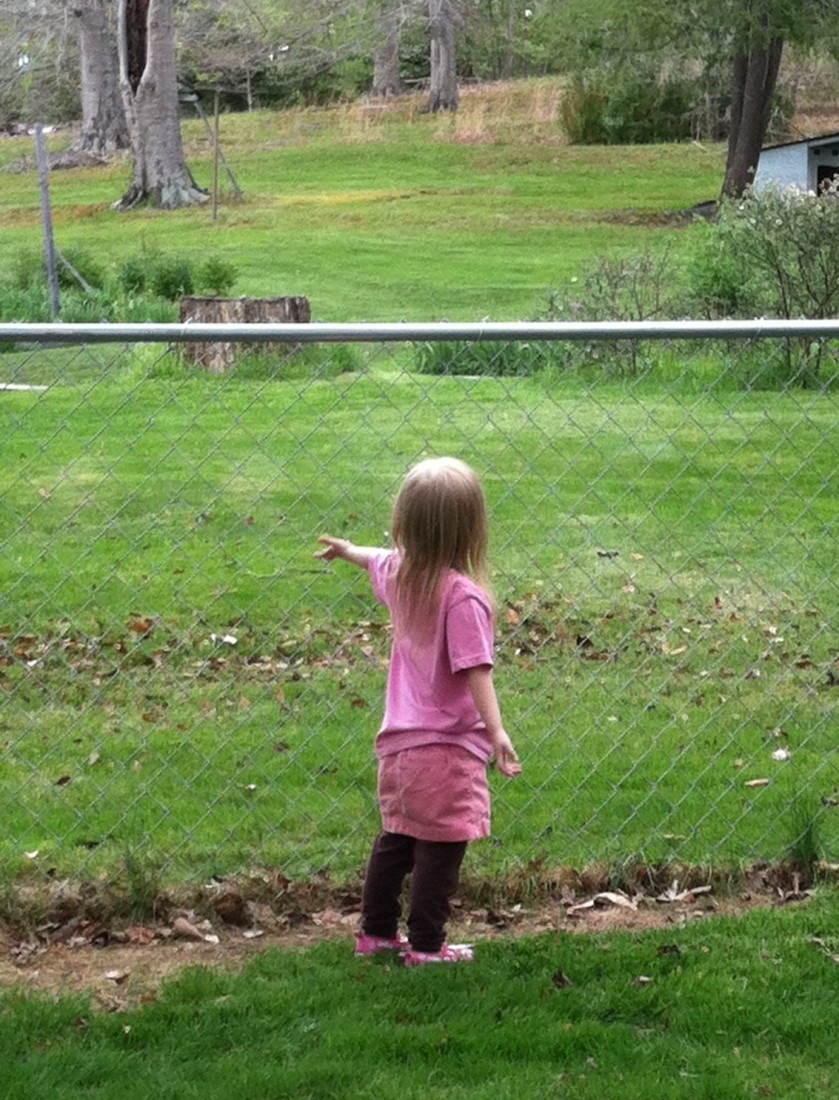 Two weeks ago our six year old got in the car after school and I noticed she was in different pants than what she had went to school in.  When questioned why she was in different pants she stated she had an accident.  I assumed she had spilled juice or milk on herself at lunch but after reading the note from the teacher I discovered she had actually peed her pants.  The teacher went on to say that our daughter had spent an unusual amount of time in the bathroom that day and wanted us to be aware of it.  I asked diva what was going on to which she replied “Nothing I just have to pee a lot.”  I called the doctor and made an appointment to make sure there was nothing going on.  To make a long story short, she had a UTI.  She was given medicine for 10 days and we were to follow up yesterday to make sure it was cleared up.

The last two weeks has been argument after argument.  First it was my fault I “let her get sick” When I told her she had not said anything to me or her dad about feeling bad it turned into” Well you should have just known”  After the initial doctor’s appointment we had to run to pharmacy to pick up her medicine and while there she insisted I buy her a toy.  I of course said no which lead to the, ” Fine!!!! I will just tell daddy you were being mean to me again” argument in the store.   I should be use to this types of outbursts, and for the record I don’t see myself as a mean or bad mom, but sometimes I just want to hide when she starts acting that way out in public.   We waited for her prescription and  headed home.  Once in the house, the topic became ” Ha ha I get to take medicine and YOOOOOU don’t” to the boys.  She always has to have the final say and always (in her mind) has to have something they don’t, even if that thing is medicine.  Of course the boys could careless if she is getting medicine, none of them what that yucky stuff.

No one told me when we were adopting things would be like this. Adoption is suppose to bring closer and happiness.  I did not plan of arguing with my six year old everyday.  I know being a parent is not easy, my two oldest kids taught me that, but I didn’t think it would go like this day in and day out. I look back at the photo above and think about the way it was then.  We did not know what the future held for her or for us. She had already started to show signs that something was not right.  When I started making note of the behavior and questioning things no one believed me.  I was met with statements like “She’s fine she will grow out of it” and “Well if she were an only child you would not be having problems”  Neither statement helpful.  She wasn’t growing out of it.  The screaming, fighting, lying, and acting out were only getting worse.  And the whole ‘only child’ thing was never an option. I keep telling myself things would get better after all she is only a child and she has been through more more than any child should.

Which brings me back to yesterday.  We had her follow up appointment.  The doctor said everything looked good and that the UTI was gone.  Then the doctor asked if she had had anymore accidents.  I told her she had peed the bed multiple times since our last visit but I know she is doing it to get back at me for things ( like not letting her have anything to drink after 6 or telling her no she can’t play outside because its 20 degrees) I explained that she pees to show me she’s in control (or so she thinks).  Its something that she started doing over a year ago to push her boundaries and something she finds funny because I have to clean up after her.  Then the doctor asked if I made her carry her dirty bedding to the laundry room, I answered yes thinking I would hear “Good for you” but instead I was met with ” Well instead of using negative enforcement like that why not try giving her a treat in the mornings that she does not pee the bed”  What the heck??? Seriously?  I need to give her a treat for doing something she is suppose to do anyway?  She went on to say it did not have to be a large treat, it could be a sticker or a small piece of candy and while she could be having accidents because she is acting out they want to have renal ultrasound done just to make sure nothing is wrong.  The doctor then gave her a lollipop and we headed to the car.  Diva was all smiles when we got to the car.  She told me that she wanted M&M’s as her morning treats and that she also wanted to chocolate milk instead of white milk.  When I told her there would be no treats in the mornings she went off, screaming, yelling, kicking the back of the seats, and throwing herself against the carseat.  I told her that just because she had heard the doctor say that did not mean it was going to happen.  She came home and the night when downhill.  When she woke up this morning she refused to come downstairs to get ready.  After walking back in from taking our son to the bus stop and seeing she was still not downstairs I went up to her room to get her.  I opened the door and I could smell it.  I asked her why she had peed and her response was “You can wash them if you wont give me treats”  I counted to ten to myself before telling her to gather her bedding and take it down to the laundry room.  Its after one and its still setting in there.  I have thought about it and I believe I will let her learn how to do laundry this evening when she gets home, if she refuses then she can sleep without blankets this evening.  I will not be bullied by a six year old.

Maybe that makes me a bad mom.  But I can’t see trying to teach her responsibility as bad parenting.  My parents taught me that for every action there is a reaction and that’s what I try to teach my kids.  I don’t think telling her no shes not getting treats was a bad thing.  I don’t think having her carry down her dirty bedding is bad either.  I do think one day she will look back and see that everything I ever did for her was done out of love and done to make sure she could make it in the world without me one day.  Some reading this may think I am being to hard on her, and that’s okay.  If I were on the outside looking in I might think that also.  However daily life with a child who has RAD is not always rainbows and sunshine, many days are thunderstorms and hurricanes.  But God placed her in our lives and we will get through this.  Maybe He know we would call on Him when others would not. He knows my strengths and all my weaknesses.  And He still thought I was the perfect mom for this little girl.  Thank you Jesus.  We will get through this season of life with You by our side.  I ask for wisdom, and for You to guide me.  I pray for patience and understanding.  I ask that YOU Lord show me a way to make things a little less stressful and a lot more peaceful.  I ask these things for I am one human and I fail her daily and I want nothing more than to be the mom she runs to with a huge smile on her face says ” Mommy I love you”  Until that day Lord let me feel Your presence as I try my best to parent her.

From our beautiful chaos to yours, life is not always easy but its the life we are given.  Take it day by day and make the most of it.  One day we will look back and see all the beauty in the mist of the storms.

3 thoughts on “Why Must Everyday be a Struggle: Life with RAD”