Our school year is well underway, our little loves are adjusting to their new teachers, bus drivers, and schedules….well most of them. Our littlest guy was not adapting well at all. While his brothers and sister were excited to see what their new school’s had to offer them he was terrified. Completely. Terrified. This year he would be in class without his brother. This year he had a male teacher. This year he would start without knowing anyone. Kindergarten can be a scary place. His preschool had some worries about him starting kindergarten. Academically he was ready. He knows all of his colors, he can count to 100, he knows his shapes, and he can write all the letters not the alphabet. He can even correctly spell his full name. He can even sign the alphabet (forward and backward) I think he is pretty smart for a new five year old. But kindergarten is more than A B C’s and 1 2 3’s. Socially he is not ready. We tried the kindergarten class, but within a few days we knew it was not going to work. His teacher said he would stay to himself, he would not answer (or even acknowledge) anyone that asked him a question. He basically shutdown on us all.

He did not want to get up in the mornings. He cried as we went to the bus. He would not talk about anything that happened during his day. He didn’t want to go to bed at night because he knew he had to get up and go to school the next morning. Our happy, go lucky, always making a joke kid was miserable. My momma heart broke for him. When the school called for our meeting I knew something had to change.

As I sat in a room with teachers and staff that barely knew my son, I questioned if we/I was doing the right thing for him. If I stuck to the plan with him staying in kindergarten he could come out of his shell in a few weeks/months and everything could be okay. He could also be completely miserable and in the end fail kindergarten and have to repeat it again next year. Or we could place him back in preschool and help him build on his social skills and possibly transition him into the kindergarten class a few days towards the end of the year and that way he would be ready for kindergarten next year. The choice was clear. He needed another year of preschool. But how would he adjust to yet another change this year? 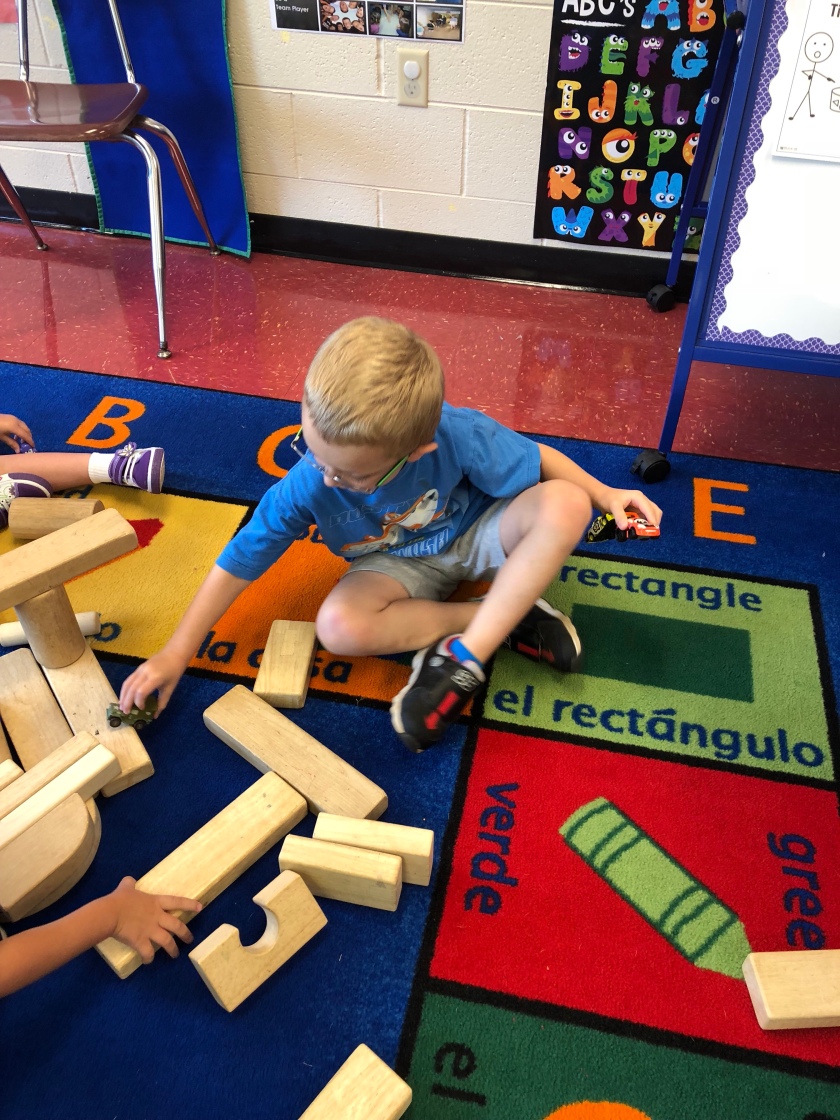 Part of me wants both of my five year olds in kindergarten together. But I want what’s best for him, not what I pictured life would be. He needs this. His teacher knew I was worried about the decision we made, so she sent me a few photos through this first day. I can’t tell you how much those photos meant to me. And when he got off the bus from his “second first day” the smile on his face said it all. He was happy, so very happy.

I hope as the years go by he understands why he and his brother are not in the same grade. I hope he understands we did what we thought was best for him. I hope he understands that every decision we make is in hopes of giving him a better life and giving him the best opportunity we can. But those are all questions for a later day. For now I will focus on the smile on his cute little face and know that he is happy and feels comfortable in his new class. Here’s to a great preschool year!! 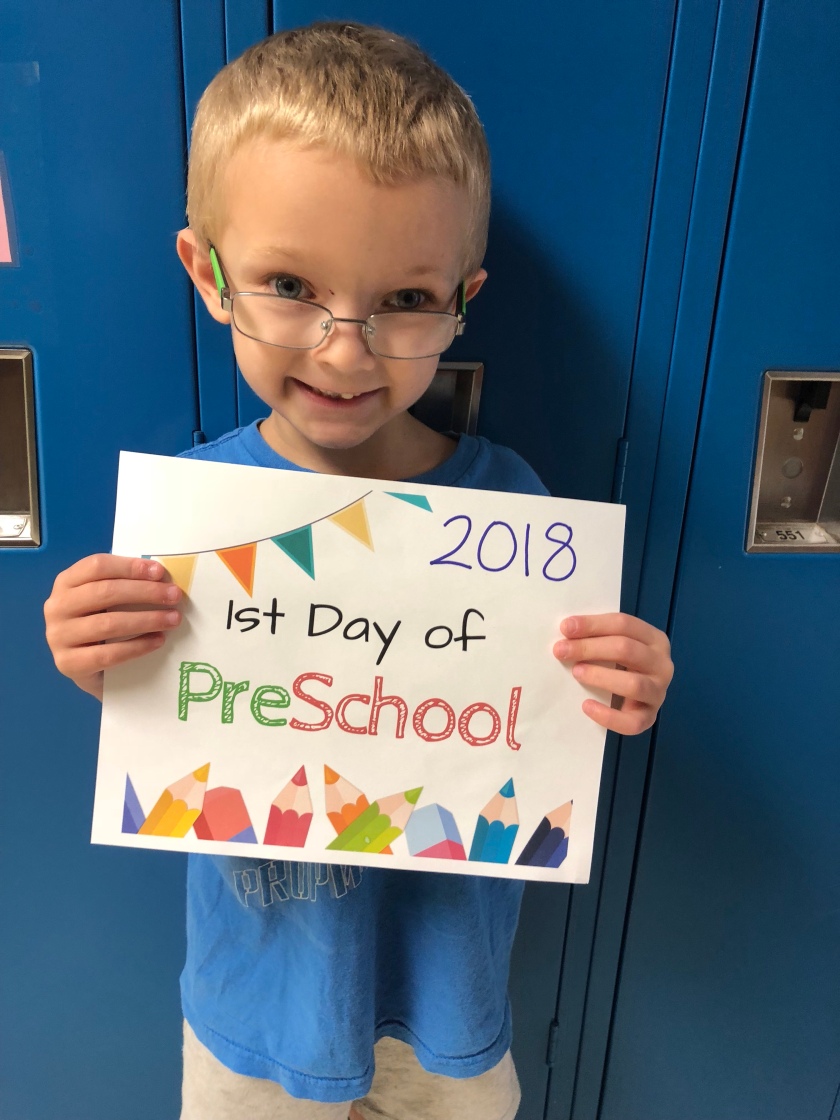